Remembrances of Another Epidemic 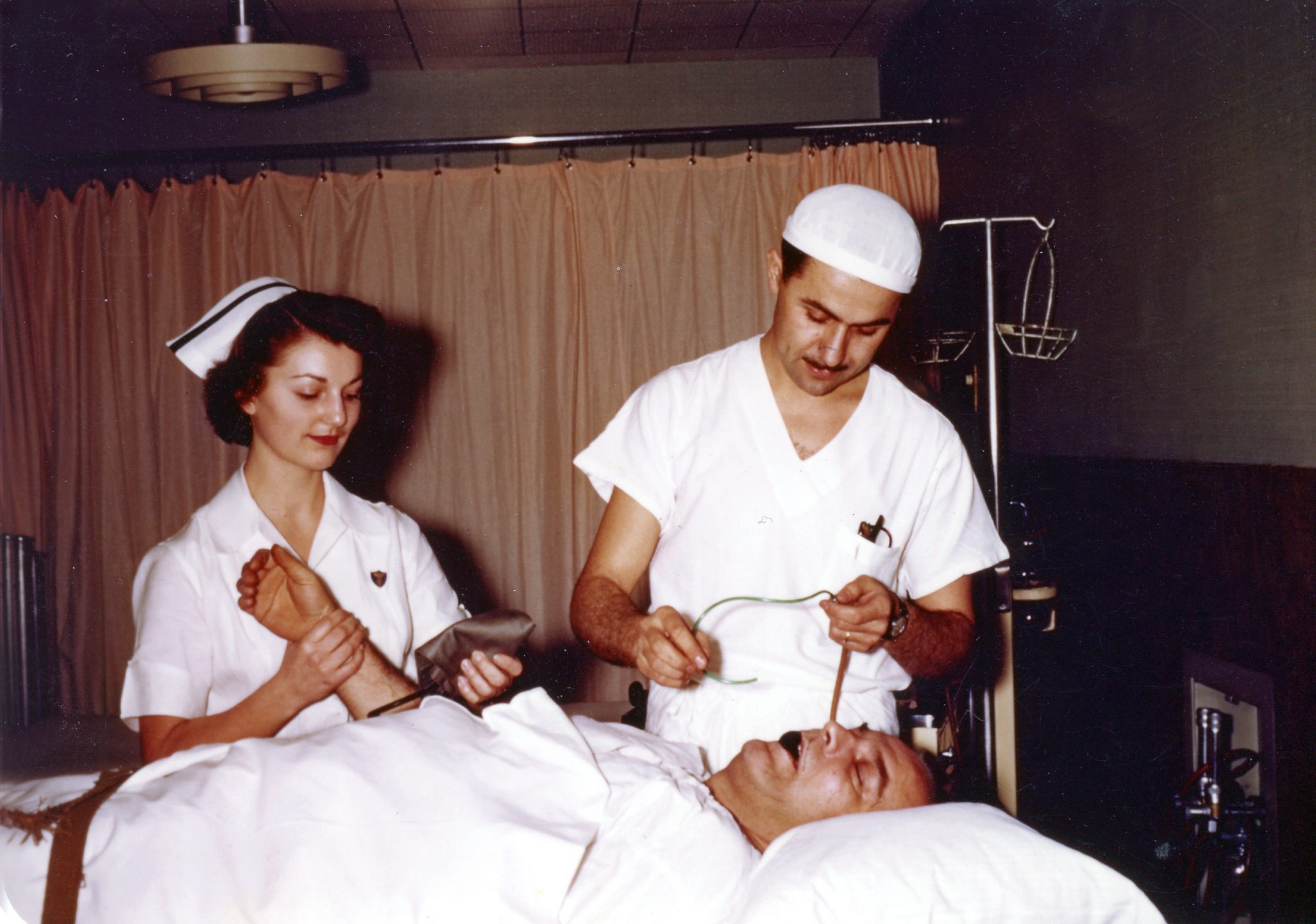 16 Jul Remembrances of Another Epidemic

The COVID-19 epidemic is terrible for all of us, but especially for those in the medical profession, caring for the never-ending stream of desperately ill patients. I know, because I too have cared for patients in an epidemic.

Back in 1950, I was a student nurse on affiliation in a communicable disease hospital.

I arrived just as a full-blown polio epidemic hit Hartford, CT with the fury of a cyclone. 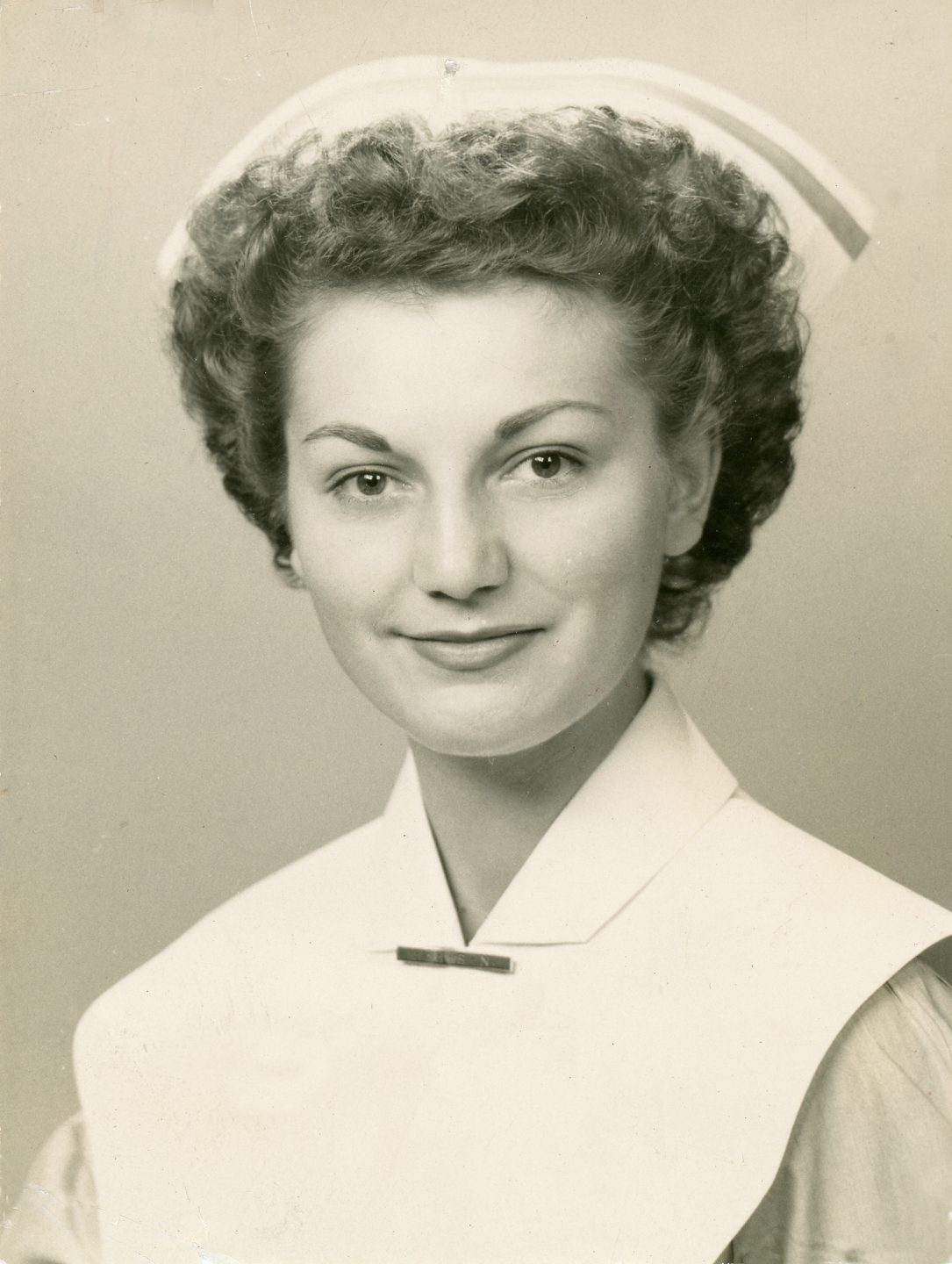 Polio, poliomyelitis, infantile paralysis, no matter what it was called, it was another name for the fear and terror all parents lived with. It seemed to strike the young, and more often in the summer.   Swimming pools were closed, drinking fountains turned off, social isolation attempted, but all without help. Laboratories around the world were frantically searching for a vaccine. Sound familiar?

No one knew the cause of polio, only the result. Besides death, there was the agonizing pain of muscle spasms or paralysis of the limbs. Worse yet was bulbar polio, paralysis of the respiratory system. Only with the pumping of the negative pressure of the iron lung, now called a ventilator, could victims be helped to breathe. Some died, some recovered, but many were left with residual problems lasting years or a lifetime. None knew, that even if fully recovered, symptoms might again return 30 or 40 years later.

The majority of patients had agonizing spams of their limbs. We used the Sister Kenny method to help them. Sister Kenney was the Australian nurse who discovered that hot packs and passive exercise helped her patients. Rows of patient beds were next to rows of old washing machines filled with flannel cloths swishing in hot water. These cloths were removed from the washing machine and hand-cranked rollers then squeezed out the water. Hot flannels were quickly wrapped around the spasming legs of two or three patients, then the process was repeated, over and over. We were dripping with perspiration as we wore floor-length green gowns over our nursing uniforms. Masks? I don’t remember. Nothing was known about the transmission of polio. I only remember the sweltering heat and steam of those washing machines.

Caring for children with bulbar polio, squeezed into iron lungs, was heartbreaking. I will never forget one boy in particular. The overworked doctor was frantically trying to start an intravenous (IV) drip. I tried to hold the child’s thrashing arm as the doctor stuck him again, and again, desperately trying to start that IV. The child was screaming, but no sound came out. Have you ever seen the famous Edvard Munch painting “The Scream”? Every time I see that painting, I think of the face of that child silently screaming in agony.

A bathtub was padded with blankets to hold a toddler since there were no empty cribs. There were not enough iron lungs for everyone either. When one was emptied, it was quickly cleaned and filled with another patient. One day an RN grabbed me to help her clean a ventilator. I rushed along as, handing me a cleaning cloth, she pushed me ahead of her into a small utility room. Once inside she shoved me inside the coffinlike ventilator to clean it, I thought, as she pushed me farther in. I was slim but was squeezed in tight, arms stretched tight against my head, as far in front of me as I could reach with that cleaning cloth. She gave me one final shove and slammed all the portals shut. Laughing loudly, she turned off the lights and slammed the door in the back of her as she left, leaving me trapped inside that iron lung, her laughter fading through the closed door.

I was squeezed in too tight to even bang for attention. The only opening left was the tight rubber neck seal, an opening for the head. Did I get an arm out, or my head with that rubber seal choking me? I don’t know. I only remember being desperate to move my arms pinned so tightly against the side of my head. I wanted to get free and breathe air! The utility room door finally burst open. People rushed into that dark room. The lights went on, people swarmed around me, opening up the iron lung, pulling me out. I don’t remember much after that. The drama was over. I was told the nurse who trapped me inside that iron lung had been put in an ambulance and laughed all the way down the highway to the Middletown Psychiatric Hospital. 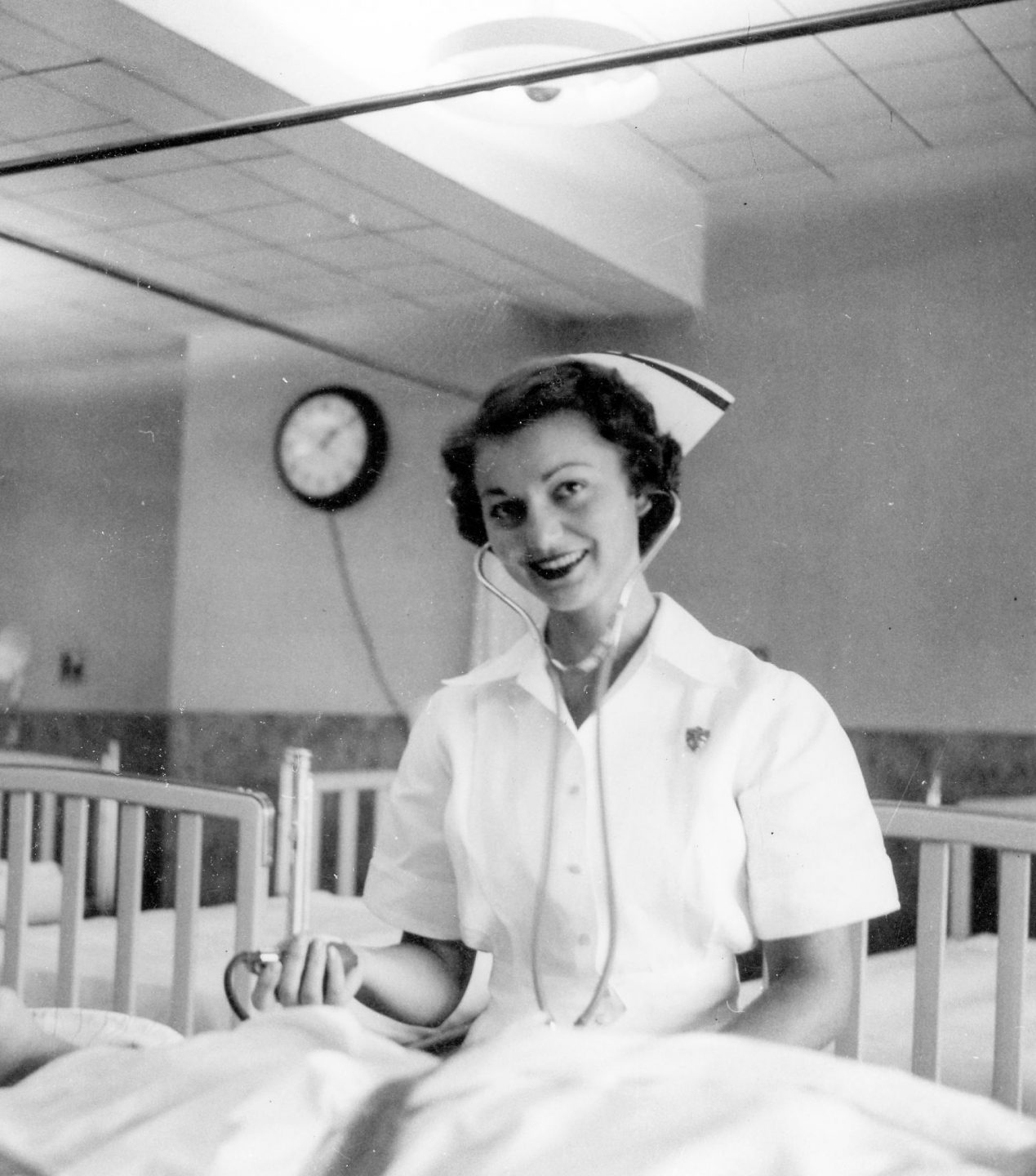 As the months went by, I realized I had a strange problem. I couldn’t stand wearing a turtle neck t-shirt or sweater. I became frantic if I tried one on and it was snug around my neck. I was also very careful not to pull on tight clothes that squeezed my upraised arms tight against my head. One day in a department store, trying on a dress, I misjudged. It was much tighter than I thought. The dress got stuck around my stretched-out arms which were pressed against and straight over my head. I couldn’t breathe! I had a full-blown panic attack. Someone finally pulled the dress up and off of my shoulders and outstretched arms, and over my head. I collapsed in a chair. I could breathe again. It was a terrifying experience.

I made an appointment with a Psychologist. Why would trying on a tight dress, or a turtle neck, cause a panic attack? Neither of us could figure it out. But now I can!

Perhaps this story has a take-home message for those of you working day after day in an epidemic calmly thinking, as I always did, “I can handle it.”

This polio epidemic happened when I was twenty years old. I am now ninety. I still only wear things with very loose necklines, but never a turtle neck, never anything that is even slightly snug when pulled over my head.

What ended the polio epidemic – this scourge on mankind? Jonas Salk developed an inactivated polio vaccine, which was the first vaccine for the disease and became available in 1955. The polio vaccine is on the WHO’s list of “essential medicines”, the safest and most effective medicines needed in any health system. It paved the way for the Americas being declared “polio-free” in 1994 – the last known case (in Peru) was in 1991. Did I get the polio vaccine?  You bet! I was first in the long line waiting for me to give it to them also.

polio history, what was the polio epidemic
< Previous Blog Back To All Blogs Next Blog >

Can You Breathe Your Way to Better Health?

The Science and Pseudoscience of “Training Your Lungs”   by Nicholas Tiller, PhD The respiratory system has long been a…

Consider donating to PERF in honor of Director Jackie Tosolini, RRT, and the support of Long-Haul COVID research. Learn more…

COVID-19 and ARDS Translational Research: A Call for Support

"Science is a marathon, not a sprint", said Professor Mike Tipton, the Editor in Chief of the journal Experimental Physiology.…