The Four Stages of COPD, Explained 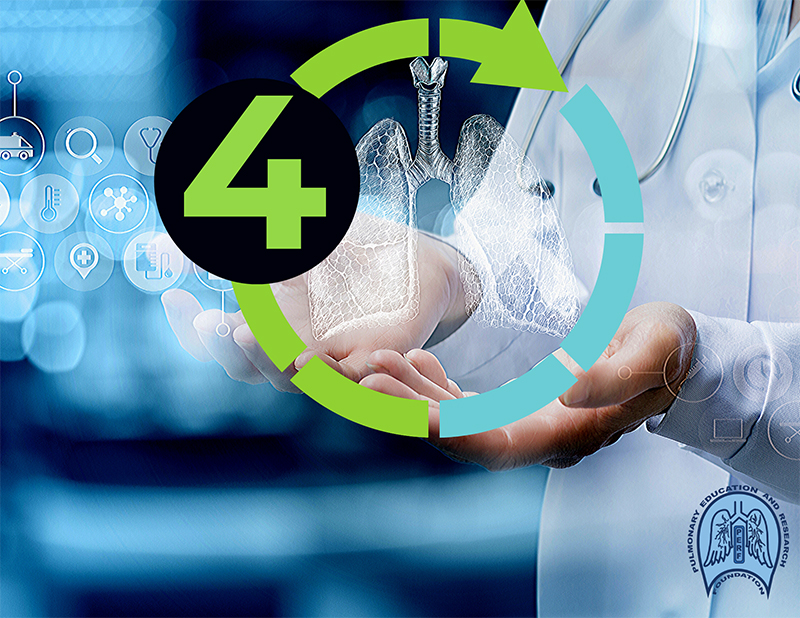 COPD isn’t just one disease – it’s many. And if you or a loved one have COPD, you know that symptoms can vary not just by year, but also month-to-month. Doctors use four stages to describe the severity of COPD, allowing them to provide the most appropriate treatments for each stage.

What Is the GOLD System for COPD and why is it important?

The Global Initiative for Chronic Obstructive Lung Disease, or GOLD system, was started by several major medical organizations, including the World Health Organization, in 1997. It aims to raise awareness and understanding of COPD by classifying the severity of the disease based on symptoms, lung function and whether you’ve had any COPD flare ups. Today, doctors use the GOLD system to describe severity, track progression, and optimize treatment of a patient’s COPD.

The GOLD system takes into account your symptoms as well as how often your COPD has gotten worse, hospital stays because of COPD, and the results from your spirometry.

So what are the stages of COPD in the GOLD system?

The four stages of COPD in the GOLD system are as follows:

When COPD first appears, it is very gradual and often takes years to progress, but by the time a patient has symptoms, they typically have already experienced lung damage. That’s why it’s so important to keep an eye out for early signs if you’re at risk for COPD!

Typically, COPD starts with a nagging cough that can be dry or contain mucus. You may also notice shortness of breath when you exert yourself.

What will the doctor do to test me for COPD?
It can be easy to ignore the early symptoms of COPD or simply assume they are just part of getting older. The best thing to do is tell your doctor if you have breathing symptoms, especially if you have been a smoker at any time in your life or worked in an environment with bad air quality. The best treatment for COPD is to catch it early! Slowing the progression of the disease will allow you to enjoy the fullest health possible. Your doctor will perform 2 tests to confirm the presence of COPD:

Your doctor may also perform an alpha-1-antitrypsin (AAt) deficiency test, a chest X-ray or CT scan, other lung tests, a 6-minute walk test, or blood tests.

As COPD progresses, it will start to affect your day-to-day life. Because of this, it’s the most common phase when people go to the doctor.

What Are the Symptoms of Stage II COPD?
Stage II is the natural progression of stage I symptoms, including:

You may also feel forgetful, confused, or have slurred speech.

You have stage II if your FEV1 (forced expiratory volume in 1 second, measured during a spirometry test) is between 50% to 80% of the normal value for someone of your age, sex, height and race.

During stage II, you may also start to have flare-ups, called exacerbations, when your symptoms intensify for a few days.

At this point, your doctor may prescribe bronchodilators, which help make breathing easier. They may also refer you to pulmonary rehabilitation.

During stage III of COPD, patients experience intensified symptoms, such as intensified shortness of breath, coughing and tiredness as well as more frequent flare-ups.

Typically, you will also experience new signs of COPD progression, including getting colds more often, feeling tightness in your chest, swelling in your ankles and feet, having trouble catching your breath, and breathing issues when you exert yourself. Although your symptoms may have gotten worse, it’s important to stay active and pursue a healthy lifestyle to minimize COPD’s progression.

During stage IV of COPD, your quality of life will be lower, as your COPD begins to more greatly affect every activity. It will be difficult to breathe even without exertion.

Chronic respiratory failure can also occur, in which not enough oxygen moves from your lungs into your blood or when your lungs don’t take enough carbon dioxide out of your blood.

You doctor may prescribe supplemental oxygen to help with your breathing. At this point, other treatment options include surgery, having special valves implanted into your lungs, or lung transplantation.

What can I do today to limit the progression of COPD?

Thankfully, whatever stage you are at, treatment and rehabilitation can go a long way in managing your COPD! Visit the PERF blog to learn more about pulmonary rehabilitation and the simple changes you can make to your life to help lessen your symptoms.

Despite the obvious impact of COVID-19 on the progression of new research developments in COPD, there’s plenty to look forward…

Developments with COVID-19 continue to be rapid and often unexpected. Some regions in the world that had originally been successful…

Wearing masks cuts epidemic numbers in half. That is why almost every government in the world endorses masks as an effective…