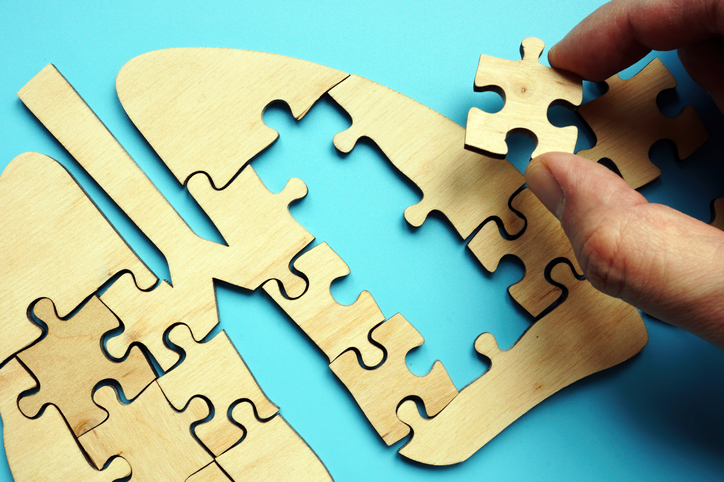 Despite improvements in air quality and reductions in tobacco use over the past 60 years, socioeconomic disparities in respiratory symptoms, lung function impairments, and the prevalence of pulmonary diseases have persisted and, in some cases, worsened.

This was the major finding of a new research report in JAMA Internal Medicine, from researchers at Harvard Medical School, published last week. The authors conducted an analysis of the National Health and Nutrition Examination Surveys (NHANES) data and predecessor surveys, from 1959 to 2018, to describe the long-term trends in socioeconomic disparities in the respiratory health of 215,399 people.

Rates of smoking decreased overall from 1971 to 2018, but income- and education-based disparities in smoking prevalence actually widened over the same period. Socioeconomic disparities in respiratory symptoms also persisted or worsened over this time. For instance:

The NHANES study has collected objective spirometry data of lung function since at least 1971. Overall, these data showed that disparity between the lowest and highest income brackets of height- and age-adjusted force expiratory volume in 1 second (FEV1) has increased by about 50mL in both men and women. This means that lung function in those in the lower socioeconomic groups continues to fall, suggesting that the benefits of improved air quality and smoking reductions have not been equally distributed across American society.

These new findings highlight more than ever the need for respiratory research to identify why these disparities in respiratory health persist and identify ways to reduce them. PERF supports research at the Rehabilitation Clinical Trials Center at the Lundquist Institute (affiliated with the county hospital at Harbor-UCLA Medical Center) to investigate these issues. The center offers spirometry testing at no cost to those participating in research.

Over 16 million people in the US have COPD,1 and up to 60% go undiagnosed.2 COPD is the third leading…

Can You Breathe Your Way to Better Health?

The Science and Pseudoscience of “Training Your Lungs”   by Nicholas Tiller, PhD The respiratory system has long been a…

Consider donating to PERF in honor of Director Jackie Tosolini, RRT, and the support of Long-Haul COVID research. Learn more…